True love transcends all boundaries, emerging stronger through the ages and surviving all the sore trials. This couldn’t be more true for a couple who ran away from home against their families’ wishes, only sure of one thing — their genuine feelings for each other.

Elizabeth and Karl Gfatter experienced a love story that people read about in books and watch in movies. It was magical, soulful, and real — one that kept them together despite all odds. The duo lived in the same Manhattan apartment building once upon a time, which was how they got acquainted.

A young Elizabeth said she enjoyed taking away Karl’s toys, which often made him angry. When her family moved, she and Karl separated for some time, only to find each other again in high school. 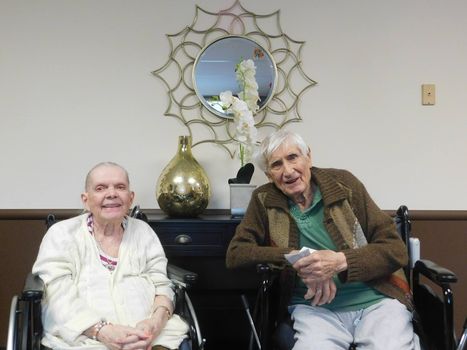 Running Away from Home
After meeting as kids and becoming high school sweethearts, the couple decided to elope after graduation. Elizabeth noted that she and Karl chose to run away from home because their families didn’t want them to marry. “They said we were too young,” she added.

She would then respond to her husband’s handwritten love notes, praying with all her heart and soul for his safe arrival.

Losing the Bet
Not having much choice, Elizabeth and Karl tied the knot in 1941 against their loved ones’ wishes. When Karl told his parents that he had married the love of his life, his father said the marriage wouldn’t be long-lasting. But that wasn’t all he said.

His father added that if Karl and Elizabeth lasted over a year as happily married, he would gladly hand them $100. As time passed, everyone witnessed the couple’s enduring and never-ending love and devotion for each other, including Karl’s dad, who paid him in cash. 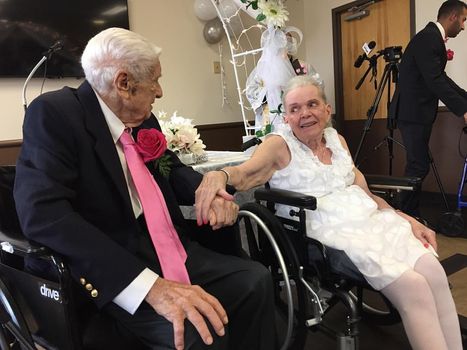 Love Letters
During the early years of their marriage, Karl had to spend two years in Europe while serving in the U.S. Armed Forces in the Second World War. But despite being miles apart from his beloved wife, he penned touching letters for her daily.

At times, the letters took quite a while to arrive, but when they came in dozens, they were enough to cheer up a gloomy Elizabeth. She would then respond to her husband’s handwritten love notes, praying with all her heart and soul for his safe arrival.

Parental Bliss
Eventually, Karl returned home to his wife, and the couple was thrilled to reunite after being apart for so long. When Elizabeth saw her husband, “everything became roses,” she expressed. The couple even reveled in parental bliss and had one girl, Lorelei.

But due to complications with her health, Elizabeth explained that she and Karl couldn’t welcome more kids. Their lovely daughter passed away in January 2015 at the age of 68, and after her death, they moved into River Valley Care Center, Poughkeepsie, New York.

75 Years of Togetherness
Before moving into the nursing home, Gfatters lived in Wappingers Falls and Long Island and survived many challenging periods. But through it all, the one thing that remained constant in the couple’s life was their unwavering commitment. Elizabeth shared:

“He just said he loved me, and that’s all that mattered.”

To celebrate 75 years of being together and in love, the Poughkeepsie duo renewed their wedding vows at a lovely ceremony organized by their care home’s staff. The elderly couple’s attires were accented in pink, Elizabeth’s favorite color, as the guests doted on their profound connection.

The Secret to a Long-Lasting Marriage
A teary-eyed Elizabeth, 91, walked down the aisle for the second time to her beloved husband, Karl, 94. Afterward, they shared a gentle kiss to seal their evergreen love story. The nursing facility staff helped make the couple’s special day possible, acting as bridesmaids and groomsmen and revamping the dining hall into a wedding chapel.

Dan Muskin, the regional administrator of the nursing facility, revealed that he had always seen the Gfatters together. When Elizabeth and Karl were asked about the secret behind their enduring love and 75 years of wedded bliss, their advice was short and sweet. Elizabeth responded:

“Love and honesty…and be good to each other.”

Netizens React
Many netizens were touched by the older couple’s heartwarming love story and showered them with praise and appreciation on social media. Here are a few comments that they wrote:

“Congratulations on their 75 Anniversary, it’s such a great blessing to still have that love and respect between each other may God bless them with many more (sic).”

“Congratulations to Karl & Elizabeth on their 75 years wedding anniversary, Best wishes to them. They are lovely couple (sic).”

What a thoughtful way of celebrating your 75th wedding anniversary! If you liked reading this story, please share a few words for the lovely couple on Facebook.

Click here to read another story about Julio Mora and Waldramina Quinteros, who became the world’s oldest couple 79 years after they ran away to get married in secret. Dog Blinded By Attacker,Offered Her Paw To A Woman Begging To Take Her Pain Away Dog was Found Guilty of Being a Cupcake Thief. Watch How She was Caught on Act