Hunter refused to leave his best friend’s side as Jazz took his final breath. After Jazz died, Hunter sat outside of Jazz’s empty room for a while, depressed & confused. 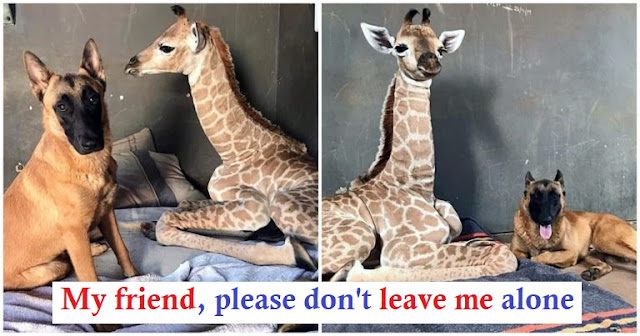 Jazz the Giraffe gave up the ghost as well as her ally by her side, a Belgian Malinois named Hunter. Jazz was taken in by The Rhino Orphanage in South Africa , after a farmer found him abandoned in the wild, weak and dehydrated. 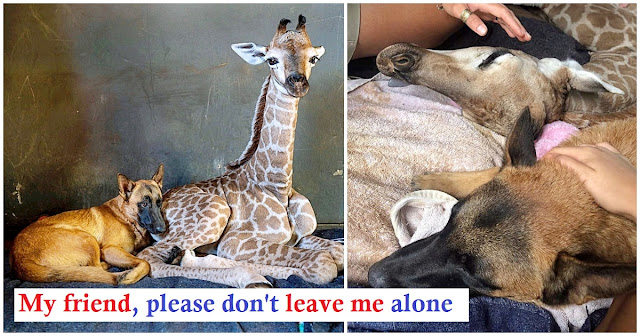 Hunter, the resident watchdog of Central, immediately became acquainted with the Jazz, and the two quickly became inseparable. The rescue cared for Jazz ’round the clock, nursing him back to health, but his ailments proved to be too much for him. In the last two days before Jazz died, his legs began to look unstable and very dull. He suddenly collapsed after blood began to pool back to his eyes. His pulse dropped and he developed neurological symptoms. 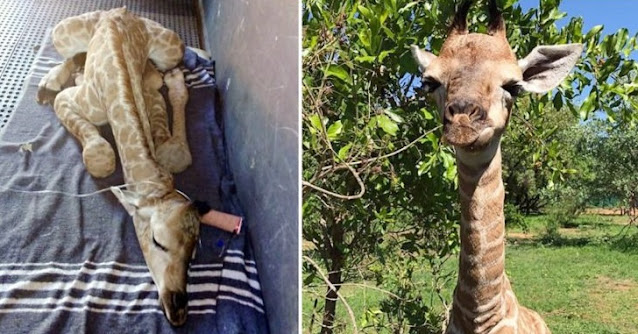 Hunter knew something was wrong and stayed by Jazz’s side, along side rescuers, until Jazz took his last breath. After being examined by vets, they concluded that Jazz had hyphema and brain hemorrhaging, which might be thanks to a genetic disease or under-developed valve system. Jazz couldn’t control the vital signs of his brain, so hemorrhage between the ventricles occurred. 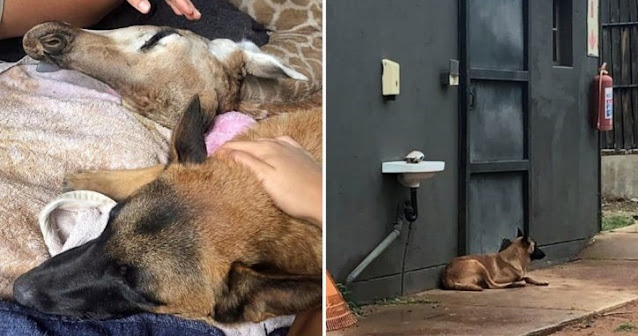 The staff did their best to worry about the jazz and prolong his life, but unfortunately his death was inevitable. What eases rescuers’ minds is that he knew love in his final days and he didn’t die alone in the wild. Hunter sat ahead of Jazz’s empty room for a short time before getting to staff for comfort. While he showed signs of sadness, he’s eating well and twiddling with his brother again. He will now continue his training to be a tracking dog. Guy peeks into parrot’s nest and finds an unlikely family Puppy Saved From Dumpster Is Just Beginning His Flight To Survive