Julian was using a janky milk crate flipped upside down so that he could get his food and when the cafeteria worker saw it she knew he could be using something so much better.

Bethany Elementary School in Beaverton seems to have an awesome community where people just look out for others, they observe their needs and go the extra mile to meet them. 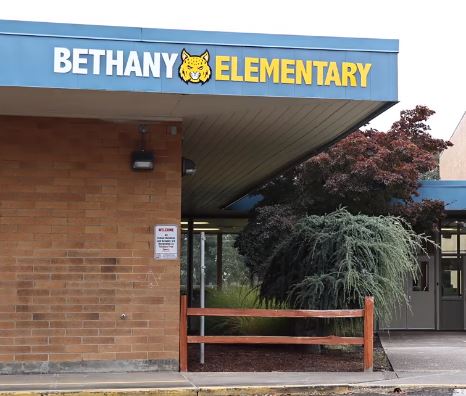 Among the dozens of students that attend that elementary school is a six-year-old boy who has dwarfism.

“The kind that he has is called achondroplasia, and that just means that he’s shorter than his average-height peers,” the boy’s mother, Heather Worsham, says.

Julian, despite the problems that his height may sometimes cause him, is otherwise just like any other elementary school boy. 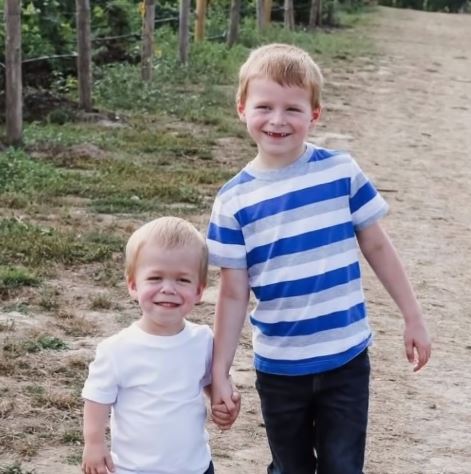 He is sociable and active, and he just loves going to school.

Bethany Elementary School in Beaverton seems to have an awesome community where people just look out for others, they observe their needs and go the extra mile to meet them.

Julian’s parents had done their best when their son started school to meet any needs he might have because of him being shorter than the average 6-year-old.

But one thing they had not thought about was the cafeteria. 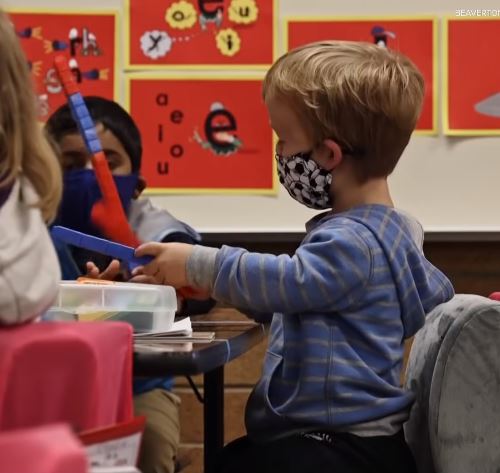 “I knew that there was a lot of accommodations that would be needed for school. So I had a lot prepared, but I did not think about the cafeteria,” mom Heather Worsham told KGW News.

The boy was not tall enough to be able to see the food, and he could not even reach it.

Also, because the children were having lunch outside, he had to carry his tray down the hall, which had him struggling. 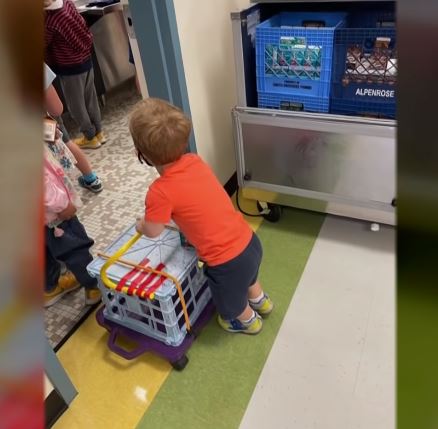 A woman who has been working at the school cafeteria for about 20 years saw that Julian had a hard time during lunch, so she figured she might be able to help him.

Although the school tried to meet Julian’s needs by making a cart for him, the lunch worker found it silly.

“It was holding by duct tape and like a milk crate upside down, so when I saw it I thought it was pretty lame,” Enedelia Mottram told KGW News. 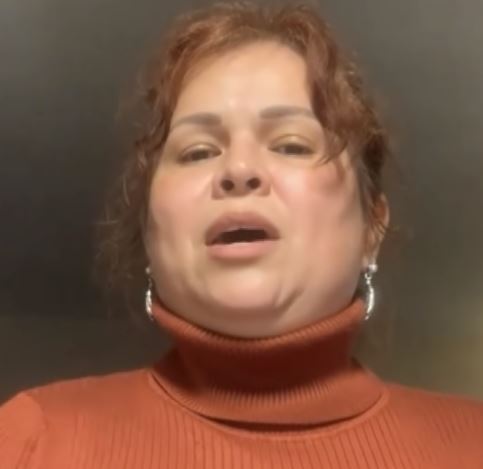 When she went home, she sat down with her husband, James, and they talked about this student and tried to figure out how they could help him.

James happens to be a metal builder and owner of Wright Manufacturing, so he came up with an idea.

He and his team designed and worked with particular dedication to create a lunch cart for Julian which he would be proud of. 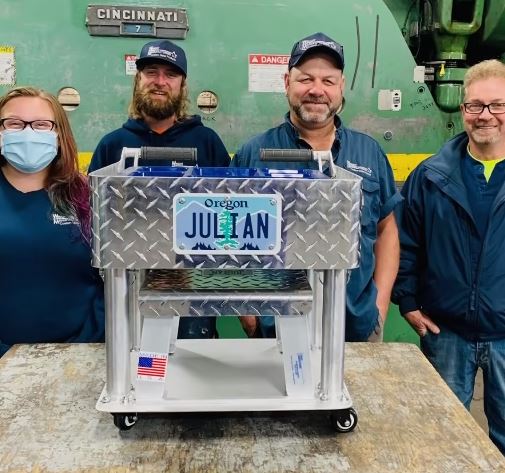 Soon enough, Julian was presented with his special lunch cart.

All dolled up in silver and chrome, the unique lunch cart also features an imitation license plate with Julian’s name on it.

“My favorite part is I have my license plate and it has flames on it,” Julian said.

Both Julian and his parents were so grateful to the people who saw his need and worked on meeting it. 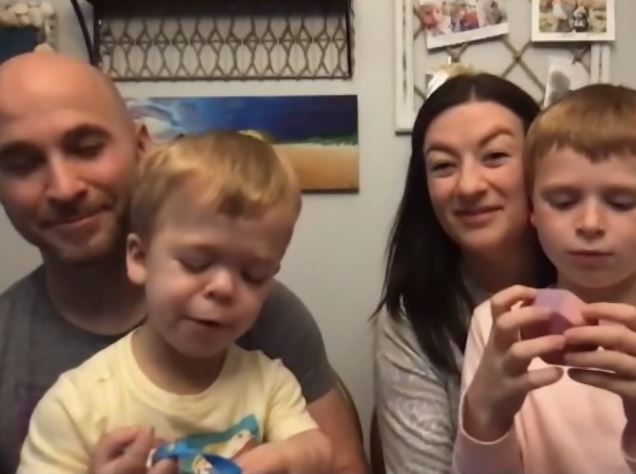 “The incredible amount of kindness that’s been directed our way has been amazing,” the boy’s father said.

As James shared, making this cart was a pleasure both for him and for the people who worked with him to create the cart.

What a beautiful gesture! 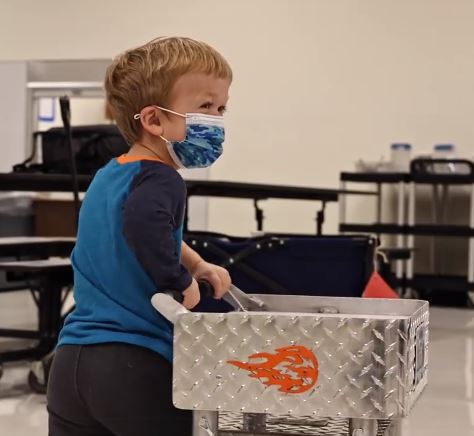 Watch everyone involved in this heartwarming story talk about it below. Only 3 In 10 People Can Tell How Many Girls Are In This Picture..Can You?