Wilson’s bird-of-paradise (Cicinnurus respublica), is a species of passerine bird in the Paradisaeidae family. The majority of species included in the bird of paradise species are found in eastern Indonesia papua, Papua New Guinea and eastern Australia.

The bird of paradise family has 42 species in 15 genera and most of them live in dense areas of rainforest, so many are at risk for extinction or endangered to some capacity. The Wilson’s bird of paradise is not endangered, but it is at risk and on the threatened species list due to loss of habitat.

When it comes to all of the birds in the Paradisaeidae family, they’re notorious for the males (which there are more of) having vibrant and colorful plumage (the looks and colors of their feathers, to put it in layman’s terms.) Wilson’s bird of paradise is no exception to this, with a predominately black set of feathers adorned with bright red, a large spot of vibrant yellow on his neck, the green on his throat is practically emerald, gorgeous blue feet, and beautifully curved violet tail feathers.

Wilson’s Bird of Paradise is native to Indonesia. You can find this gorgeous bird through the hill and lowland rainforest regions of Waigeo and Batanta Islands off West Papua. 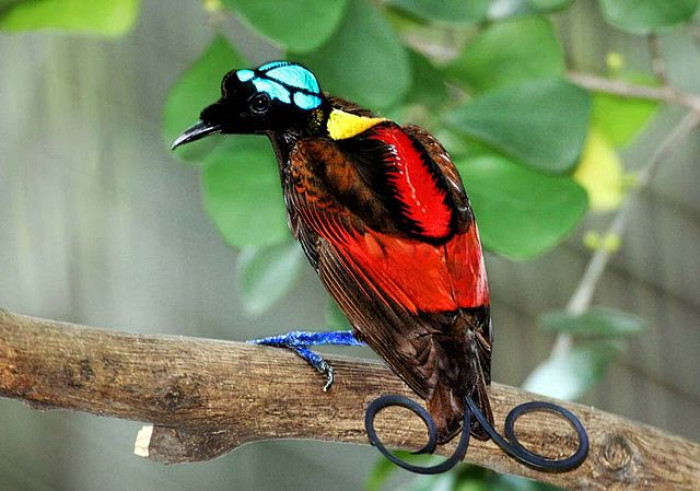 As you can see, female Wilson’s birds of paradise are not so extravagant in plumage. They have a brownish coloring with a darker blue crown than the males of their species.

According to Wikipedia, a “2009 study examining the mitochondrial DNA of all species to examine the relationships within the Paradisaeidae family and to its nearest relatives estimated that the family emerged 24 million years ago.” 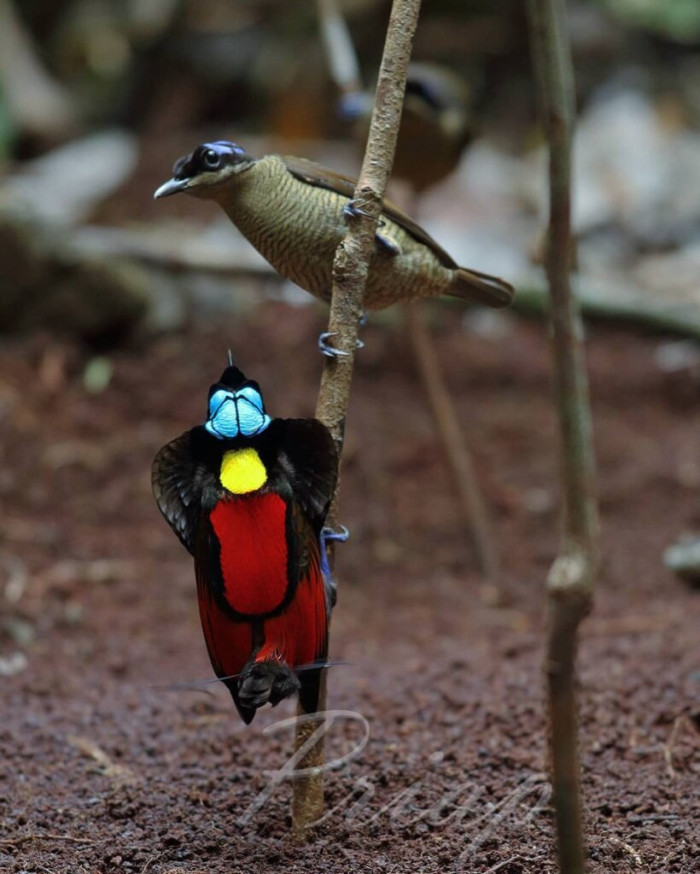 According to the bird fan blog Just Birding:

“Don’t feel bad for the drab female because it is this sexual dimorphism that gives her the power to judge the male’s appearance and choose whether he will make a proper father for her offspring, genetically speaking.” 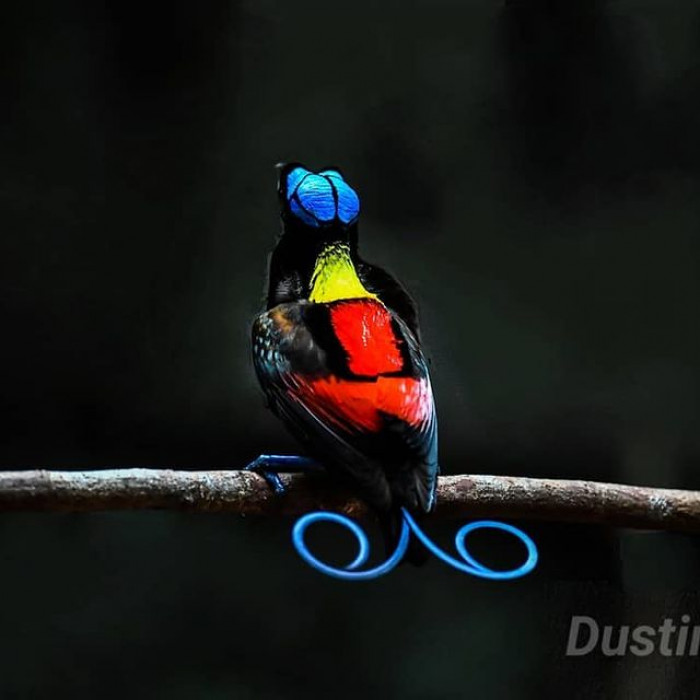 Like many birds of paradise, Wilson’s likes to feed on fruit and insects so it prefers living in the hilly areas of the rainforest. 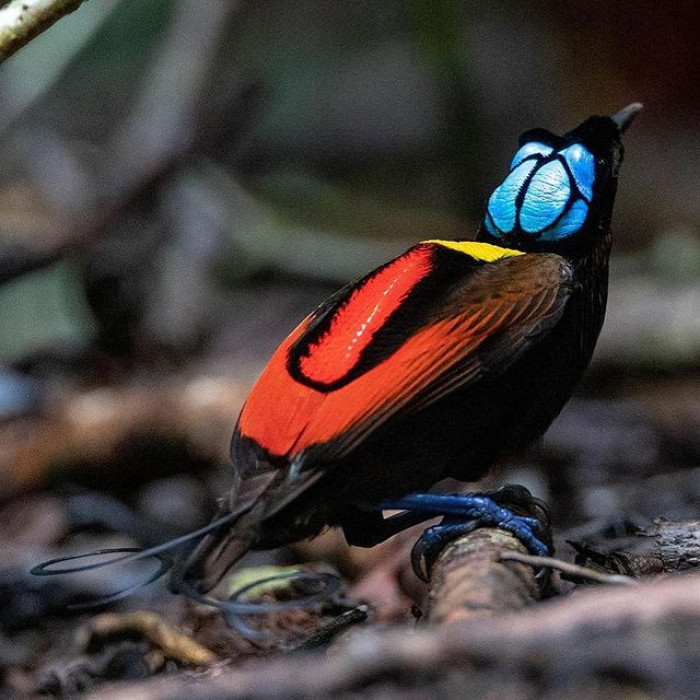 On average, these beautiful birds are about 6.3 inches (16 cm) in length but males can easily reach a length of 8.25 inches (21 cm) when including their iconic, curlicue tail feathers. 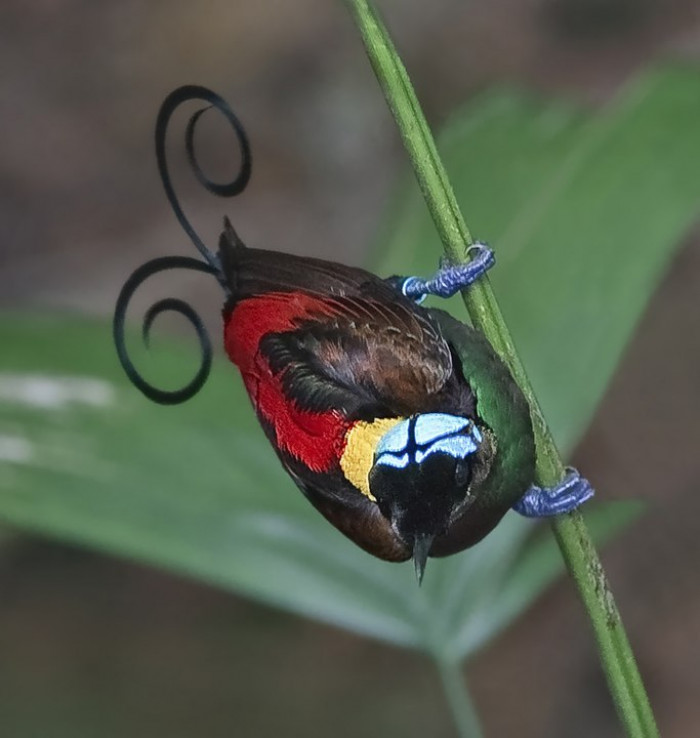 Surprisingly, not a lot is actually known about Wilson’s birds of paradise when it comes to their breeding and mating habits… with a few exceptions. Most notably: the male’s intricate dance routine.

Fluffing his plumage for the exotic dance routine, the male becomes a “brilliant disc of green,” and his mouths opens to a fluorescent vibrancy. He becomes, quite literally, a beacon of color. 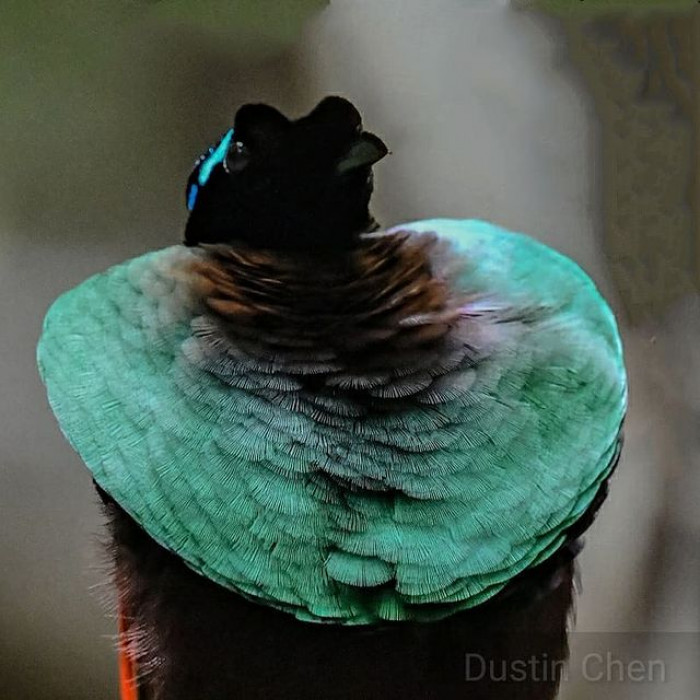 In the wild, Wilson’s birds of paradise live around 5-8 years, but in captivity they can live up to 30 years. 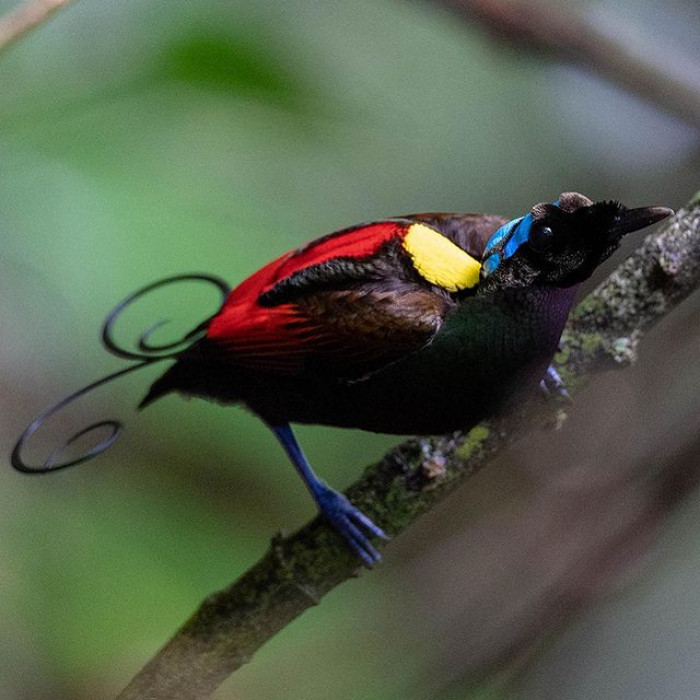 There are many other things researchers and bird enthusiasts simply don’t know about Wilson’s birds of paradise and their behavior.

JustBirding says that multiple of males have been spotted in a shared area without aggression, so it’s possible that they are not territorial but it’s difficult to say whether or not they are aggressive. “Out of the whole bird of paradise family, Wilson’s species remains the most poorly known,” adds JustBirding. 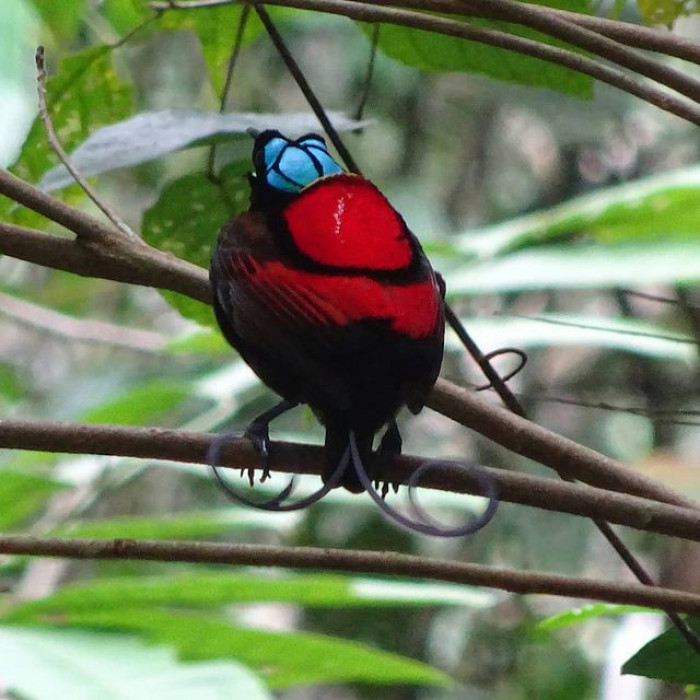 Check out this beautiful bird in action:

Male Wilson’s Bird of Paradise are polygamous, so this species does not mate for life. Actually, the males will mate with multiple females at a time.

Afterwards, females build and tend to nests for the eggs. So, the couples get busy, the females build their nests, and the males just look for the next female to get busy with! What a bird. 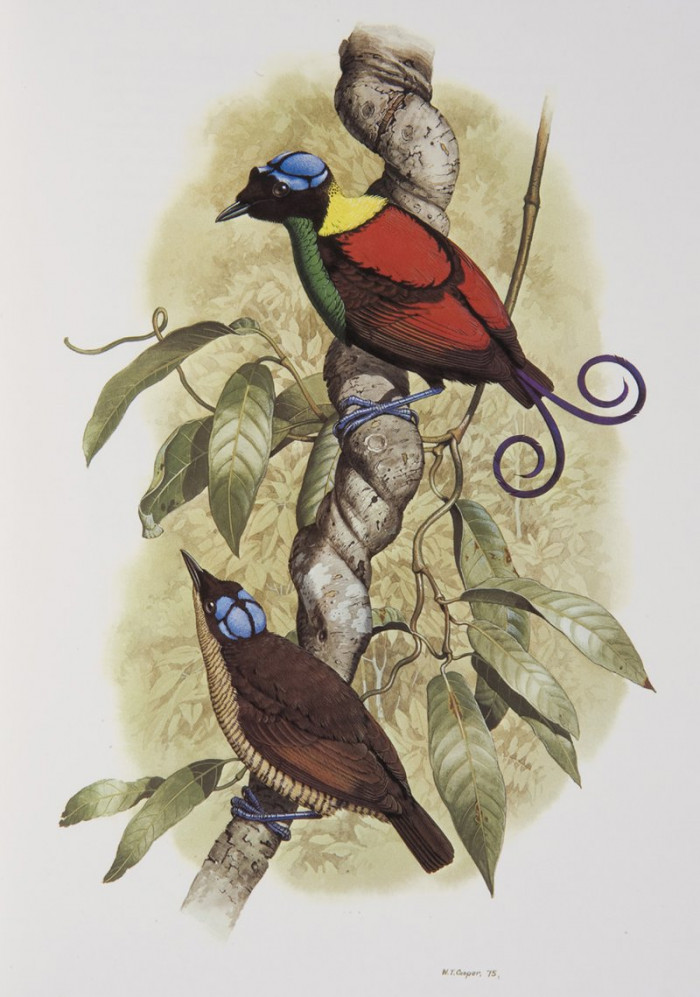 The first time their mating dance was ever captured on camera was in 1996, thanks to world famous British naturalist, David Attenborough. 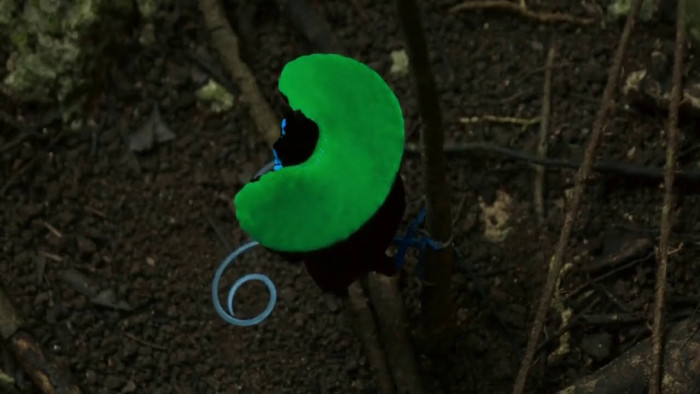 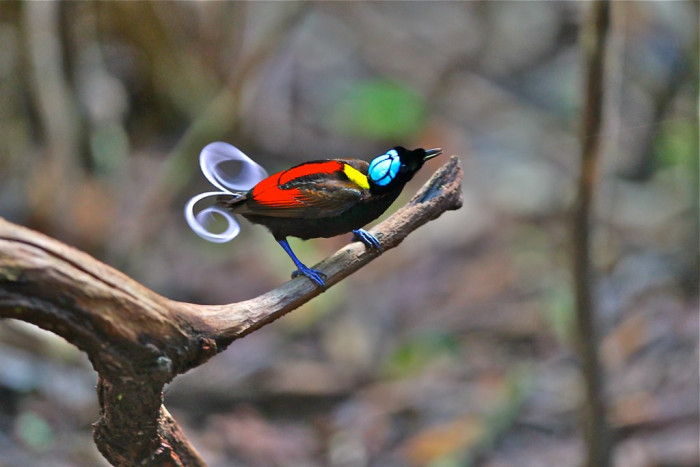 Wilson’s Bird of Paradise is truly a stunning creature, and exemplary proof of nature’s incredible strength in diversity. We may not know all there is to know about this beautiful bird, but knowing that there are still mysteries in nature to unravel and questions to answer will only serve to fuel future generations to seek such answers and we can’t wait to see what comes next.